US Reaction to UIGEA 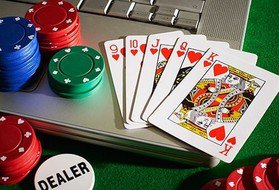 While Congress may have passed the UIGEA in 2006 by an almost unanimous vote, the individual states of the country are not so united. A lot of people still enjoy online gambling, sites they enjoy here at gamblesites.net website. Some of the states have resisted the legislation, likening it to the Prohibition. Yet, several of the individual states have come out in favour of the legislation, throwing their full support behind it.

Both Kentucky and Minnesota have joined the fight against internet gambling working with multiple internet service providers to shut down access to online casinos, they will never get to enjoy table games online. Kentucky blocked over 141 different domains, and Minnesota blocked over 200. While some of those casinos have attempted to fight back, claiming compliance with the letter of the law and constitutional violations by the states, so far appeals by those casinos have been unsuccessful. Meanwhile, Washington DC has focused on the consumers of the illegal content, as the district has classified online gambling as a Class C felony.

Other states have been less willing to enforce the law, believing the legislation is a violation of their citizens civil rights. For instance, California and Illinois have recognized the huge amounts of money that online casinos take in could result in likewise huge tax revenues. A lot of online gamblers are attracted to casino bonus codes. They have worked to find ways to allow gambling in their states. Others like New Hampshire have actively worked to fight the federal law, using economic studies to show the huge losses in GDP that resulted from the ban.

Currently the UIGEA is still in force in the United States, with many of the states willing to back the law with their own enforcement. However, if more states recognize the benefits of online gambling and the potential revenues, that could change in the future. There are many ways you can get help if you are suffering from gambling addiction